I have never realised that I have mislaid Aneurysm Aphorism. Actually, I never mislaid it, I just simply forgot it. My last blog was written on 1 July 2014, after I was released from BIRU. In the last 3 months I have moved, gotten a different pathology team, discovering my new precinct, going to North Lakes for stroke events, swimming, driving.... so much! And yet I am not fixed.

My surgery resulted in my stroke. I didn't know I'd had a stroke for a few days after ICU. In fact, it was probably when I was locked into BIRU. I, however, became a great patient, with some weekends off and an early (6.5 weeks??) discharge. I continued doing speech and OT pathology at PA Hospital, but it felt like repeated dosage. Probably was. When I moved to Woody Point I was taken into Redcliffe Community Health (my CBRT), and the team there were so much better than the PA people. No offense, just I believe the Redcliffe people had a few less patients than PA, and seemed so much like "people" to me.

The last 3 months has been experiential. At PA Hospital my then-lawyer, while he was waiting for the QIRC appeal, dropped me. I think he thought I was bad future. It certainly meant less money for him. Sad. I am seeing QIRC by myself. Who knows if it will work out? It would be great, but I am certain that there are a whole lot of people with aneurysm and strokes who have been set aside, just like my ex-employer did that in advance. Whoever has brain aneurysm with or without a stroke, people need to understand how this thing is changing lives of many.

There are quite a few of supporters for aneurysms in Australia. The Brain Foundation included some good literature on the aneurysms, but doesn't include the stroke.  The Brain Aneurysm Foundation (US) noted that some strokes are caused by ruptured aneurysms: "Ruptured brain aneurysms account for 3 – 5% of all new strokes." This still doesn't talk about someone like me - an unruptured aneurysm, still leading, in surgery, to my stroke.

After my internment I was giving a couple of Aphasia cards. I had no idea what they were used for, even though the cards did say. After CBRT sending me to North Lake for an event last month, I was feeling a lot more okay to check out my internet. I found Aphasia Australia, which says aphasia is: "Language difficulty caused by damage to the brain." It seems that's sort of where I have been - and still am. You know what? I am not feeling as bad now as I did in hospital, out of hospital, staying at home, and so many things I hated not being able to do. 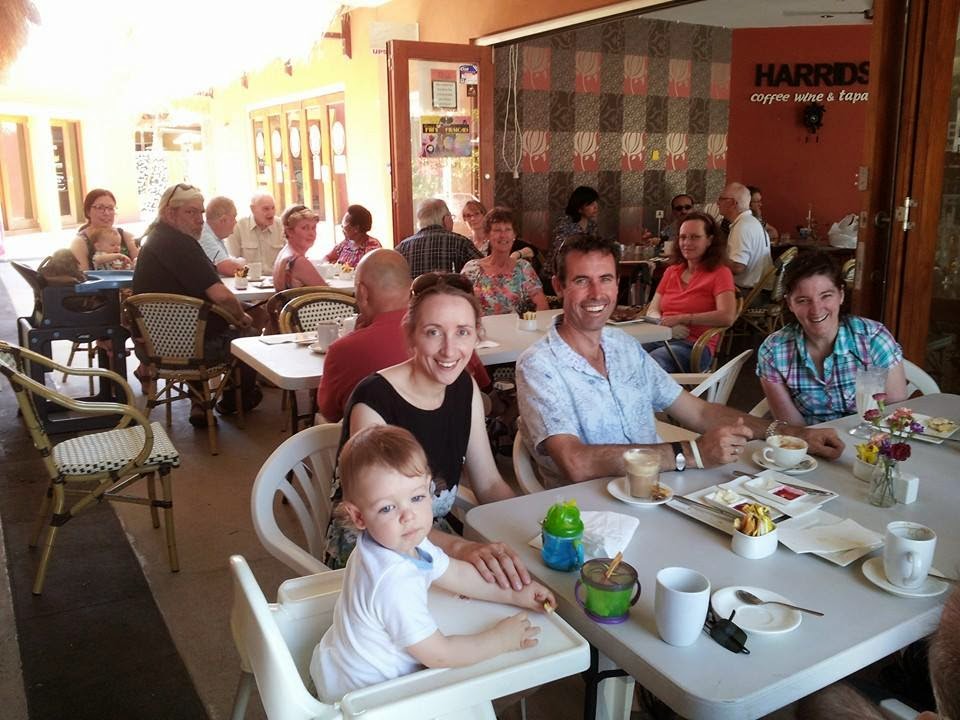 A couple of weeks ago I got my driver's licence returned, after 7 months. Yes! I felt great! I can drive - I just need to be very careful. I am very aware of my loss of vision out of my car windows if my thoughts moved on, so I have to just watch. Yesterday, at a stroke club coffee also at North Lake, I met up with so many more stroke victims, some of whom are so much worse than me and will probably never drive again. So many of people that I was able to talk to in my usual stroke language! Who am I grateful to? Well, my CBRT team, my new GP - and me. I sometimes feel almost normal, but I think I am well aware of what can play on me. I know, now, that I go to bed very early - sometimes 7.30 - and I sleep most of the night. That is such a very long time since I ever did that. I don't feel bad about it, I know that my body is working hard to try to make me better.

I said goodbye to my CBRT yesterday, but I know that it's not "farewell". I can ring them, I might even get to swim with one or two of them! So far they have set up some new roads for me. I still have contact with my ABIOS person, which I think is essential. Right now I feel like my future is opening, and this is because the support people are always there.

That's not something that "normal" people ever seem to find out.
Posted by Unknown at 14:20