“She became an illusion of herself. It was easier to cope with people that way” ~ Tina J. Richardson 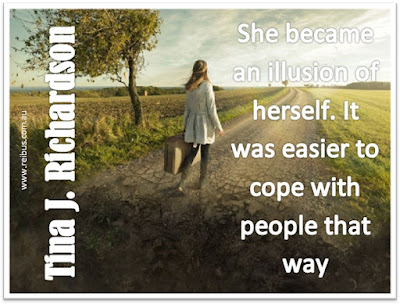 Earlier this week I had an appointment in the neurosurgery department at PA hospital. I'd been there before - a year ago - when Dr Webster was in surgery. I hadn't heard anything at all from Dr Webster, but the notice I received about the appointment this month included his name. So, I thought, I'd get to see him around 2.5 years since I had actually seen him - even before he was my neurosurgeon.

My friend Jill came with me, and we took the train in - a lot easier than driving and having to pay for the carpark, but it was a lot longer. We walked from the station to the Buranda shopping centre and had a coffee before we went across to PA. We were early - about half an hour early.

By 4pm, an hour later than my scheduled appointment, we were finally called in. Not to see Dr Webster. I had no idea who the doctor was we were seeing; I'd never seen her before. I have no idea whether or not she said her name to me - I can't remember. I know that she talked to me about the stroke which I had had at my surgery two years ago, but I can't remember just what she said to me - except that it sounded like she had no idea of how I'd had to live since then. What I do remember is something she asked me. Did I want to work? Oh yes, I said, I had already applied for jobs but never had any responses. Well, she told me, you seem a lot better. I started to feel annoyed that I was with someone I didn't know, who didn't really know anything from my file, and seem to have no idea of how I felt and how I had recovered. But that wasn't the last step for me.

I was now in tears.

For the last two and a half years I haven't worked. For the first year after my ex-employer fired me (only 2 months since my brain aneurysms were diagnosed) I relied on my own income, until it had dwindled to nothing and until - after my surgery and stroke - I got onto DSP. Since the surgery I haven't been able to work. Yes, I have applied for any job I think I could easily do, but, so far, I haven't even had a response from my applications. Yes, sometimes I can talk fine, but when I get tired, or when I get upset - like up in the neurosurgery department this week - I lose much of my language. Sometimes I stutter, sometimes I forget my words, sometimes I just shut up. I've watched some Drum or 7.30 programs on ABC, and I feel very disappointed in myself because I know I can't talk so easy the way these people do. The way I used to.

The appointment in PA Hospital's neurosurgery department was a complete waste of my time. And Jill's time. I am so angry with why they called me in, when they didn't even tell me anything real. I am so angry that my appointment letter said it would be with Dr Webster, and - again - he wasn't there. I am so angry that the doctor I spoke to this week did not approach this appointment in a decent, respectful manner and didn't care about the fact that I had a stroke and am probably about as far as I'll ever get on recovery.

It's nearly two years since my operation and stroke. I'm out of PA Hospital. If my existing brain aneurysm is 1.5mm - when I had been the last two years thinking it was 5mm, the same as I had been told - I don't care. This appointment has simply verified what I had already planned - if my second brain aneurysm ever does end up getting bigger (yes, doctor, it does happen on stress problems!) I am in control of myself. I will let it rupture.

Living here does nothing for me any more. 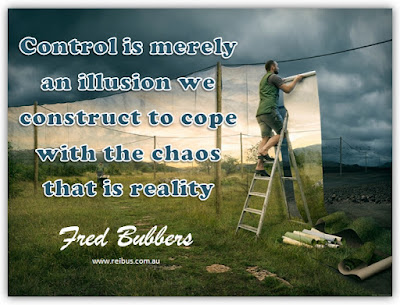