You never know how strong you are until being strong is the only choice you have. – Cayla Mills


Today I received a letter from the hospital asking if I wanted to be placed on the “short notice” wait list.  That means, apparently, that I could be called with minimal notice (I elected 48 hours so I have time to organise care for my dogs). I am very hopeful that this letter is a turning point which might mean I am closer to surgery.

Being the Curious George that I am, I googled “short notice surgery wait list”, and found an interesting list of documents from the various state health areas on surgery wait lists in general.

The "Elective Surgery Services Implementation Standard" from Queensland Health is 18 pages, and lays out the procedures for admitting a patient to a hospital surgery wait list, including categorisation of the condition for which the surgery is to be scheduled.

I don’t know what category I was assigned, but I do know that as at today it’s 169 days since my aneurysm was found and 108 days since I saw the neurosurgery Registrar.  So I’m past the suggested scheduling dates for both Category 1 and Category 2, which, to my simple mind, means the hospital – or at least, neurosurgery – does not consider an aneurysm has “the potential to become an emergency”.

I find this particularly interesting. I think any aneurysm has the potential to rupture, and I have read survivor stories from people whose aneurysms ruptured at only 5mm.  My main one is just less than 10mm. I have previously posted about the stats and potential consequences if a rupture occurs. For example, “Ruptured brain aneurysms are fatal in about 40% of cases. Of those who survive, about 66% suffer some permanent neurological deficit.” I would think that would constitute an emergency. Based on this, and what the neurosurgery Registrar told me about the size of my main aneurysm and my age, I would therefore consider my aneurysm as "a condition that has the potential to deteriorate quickly to the point that it may become an emergency". 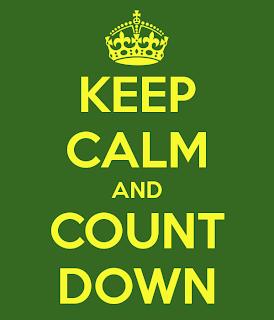 Perhaps the reason aneurysms are not generally treated as a priority category has a lot to do with what I wrote about in my last post, and also what the Registrar told me back in September – that they still don’t know enough about these little things. Which in some ways makes it worse, because it makes those of us on surgery wait lists into guinea pigs. The researchers find out more about aneurysms by examining those whose aneurysms rupture – they had to have got the statistics from somewhere. Sceptical? Absolutely. This little sucker is inside my brain and no-one in the medical profession seems to think that’s urgent. Or is that just because I have no private health cover? (Which is a con anyway, because a friend who had her surgery under private cover still ended up forking out literally thousands for the whole caboodle from her pre-op diagnosis to her post-op care.)

Or am I actually Category 1, but one of many caught up in a health system that is desperately short of money because politicians, who no doubt have full comprehensive top-of-the-range health cover, never see what happens at the bottom of the wait lists? Perhaps I’d best get off that particular subject… for now.

My Christmas pressie to you, Mr Neurosurgeon and Hospital. Being that it’s only days until Christmas, I’ll give you the benefit of the doubt and forget about wait lists for a couple of weeks. Enjoy it while you can and I’ll see you in 2014.
Posted by Unknown at 03:36

Email ThisBlogThis!Share to TwitterShare to FacebookShare to Pinterest
Labels: Waiting