Life begins on the other side of despair. ~ Jean Paul Sartre

Sometimes I really feel this. Recently I went down to my worst depression (see my Whacksworks blogs from July - first and second) but I have had some wonderful recovery from that in the last week. I was talking okay before I went downhill, and I'm now on my way okay again.

I wrote back in June about the groups I have become involved with.  These are very good for your life, even if you only go there on your own rather than with any of your family. Fairly recently I had been in touch with Synapse and I get their magazine. In volume 19 for June they have in their magazine and on their website a lot of information about Bang on a Beanie. Today I went into town on the train and caught a bus in Adelaide St and went to Synapse in West End to buy a beanie. These hats are fundraisers for the Brain Injury Awareness week which will be country-wide between 17-23 August this year. Every single person in any of the groups I have mentioned - BASA, Aphasia, STEPS, Brain Foundation, Stroke Foundation, Synapse - and any other group which supports brain injuries, this week is for YOU!

Synapse had an old magazine in their office, Volume 8 from September 2012, which had some articles in side columns that I believe give so much information that every single person should learn from. The first one, Brain Injury, talks about the devastating impact to an ABI sufferer. The second one looks at Coping Strategies. At the start it says "A brain injury can be likened to a drop of water, as the effects radiate outward to families, friends, the workplace, the local community and even the nation". So true! But will this ever be believed by people you might meet who have no idea what a brain injury is like? Do they know anything about cerebral aneurysms, brain tumours, autism, narcolepsy, stroke.... or any of the other 400 illnesses which are included in the USA National Institute of Neurological Disorders and Stroke? Do many - or most, or all - of these illnesses reach onto DSP in Centrelink? Why? Or why not?

In the 18 months since I started this blog, and the last six months when I have been involved with BASA (Brain Aneurysm Support Australia) as administrator, I have done so much Googling for information about aneurysms and stroke, mostly because they are my illness. I have found so much information from other countries, including USA, Canada, Holland, South Africa, Japan, England and more. Every single country seems to have the same sort of problem that we have here in Aus: that very few people even understand aneurysms unless they or a family members might get diagnosed, or, sadly, end up in emergency with a rupture which can simply kill them. I would share this blog with anyone that you know who doesn't really understand aneurysms, strokes, brain tumours or any of the other 400 illnesses which are listed.

Finding out about these and getting to know them are essential. And please, don't ever disagree with anyone ending up applying for DSP. This might be exactly what they need.

Oh, and don't forget to tell them to Bang on a Beanie for the Brain Injury Awareness week on 17-23 August this year! 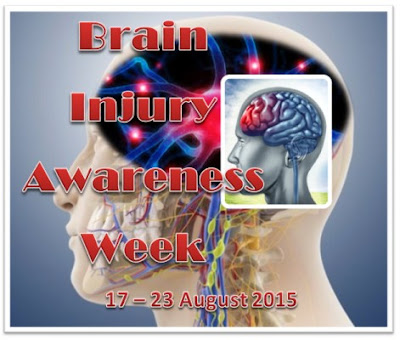